BC Highway Patrol puts the brakes on speeding car…literally!

This unusual story comes from the file We don’t make this stuff up.

On Saturday, August 21, 2021 officers with BC Highway Patrol in Parksville were conducting speed enforcement on Highway 19 near Nanoose Bay when a grey Ford Escort was observed traveling north at 125 km/h in the posted 90 km/h zone.

The car drove past the officer who immediately noticed that the driver had a stressed look on her face and had both hands off the steering wheel, gesturing wildly. The officer quickly caught up to the car and realized that it was not stopping due to the fact that it did not have any brakes. The officer manoeuvred his car in front of the speeding vehicle and, after several attempts to communicate his intentions to the driver, used it as the brakes to safely bring the vehicle to a stop without any injuries or damage. 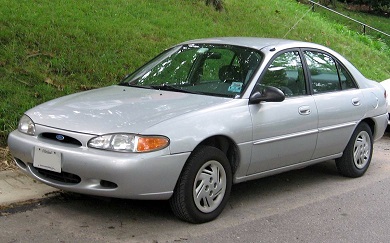 The officer determined that the driver, a 33-year old woman who initially provided a false name, was prohibited from driving and had outstanding warrants of arrest. In addition, the woman was handed a 3-day Immediate Roadside Prohibition after providing a mandatory roadside breath test. The investigation revealed that the vehicle, a 1999 Ford Escort, did not belong to the woman and was not insured. The licence plates did not belong to the car, nor the woman found driving. Lastly, the vehicle had no operating hand or foot brake and it had been reported driving through several red lights in Nanaimo.

BC Highway Patrol (BCHP) in Parksville is continuing the investigation into this incident. The woman was served numerous Violation Tickets and released from custody on an Appearance Notice for a future Court date in Nanaimo. The vehicle was impounded.

Police always expect the unexpected and this incident demonstrates how BCHP officers work every day to make our highways safer together. Police remind drivers to obey the rules of the road and ensure your vehicle is safe to drive.