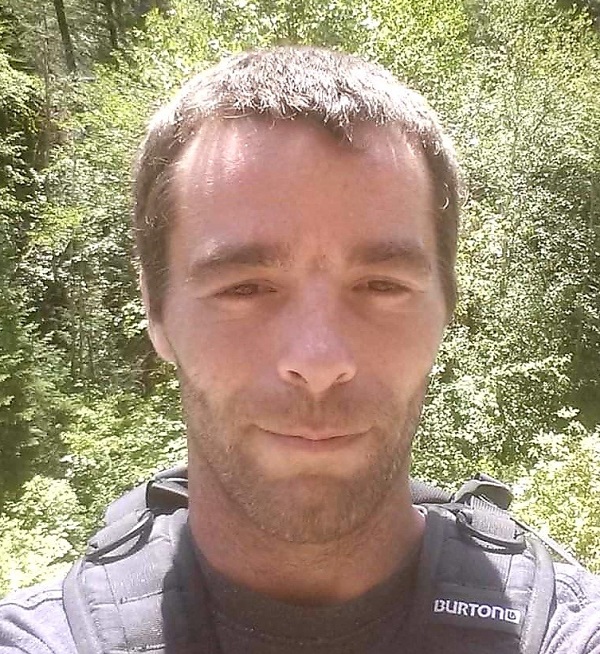 The family of homicide victim Robert Nelson is appealing to the public for information about his case.

Background: On April 7, 2021 at around 10:15 p.m., 35-year-old Robert Nelson was fatally stabbed near a homeless encampment in the area of King and Riverside Road in Abbotsford, B.C. The investigation remains active and ongoing.

Robert’s family is appealing for the public’s help for information and has prepared the following statement:

My son, Robert Nelson, was murdered in Abbotsford, British Columbia on April 7, 2021. On the morning of April 8, 2021, I received a knock on my door from my local police service. Let me tell you – absolutely nothing prepares you for the notification of your child’s death, never mind your child being murdered.

From that day forward, my family and our lives will never be the same. On that day, the life of the oldest of my five children was stolen. He is survived by three brothers, two children, myself, and many other family members and friends.

Robert was more than just a son, brother, father, and family member. He was our best friend, our confidant, our rock, our cheering squad, our protector and guardian (literally saved my life on at least 2 occasions), and so much more. Robert was a man that stood for justice, honor, respect, loyalty, love, kindness, compassion, consideration, devotion, and had a heart of gold. He touched everyone who was privileged to meet him. His smile and laughter were contagious and he always had a good story to share. He loved so many things in life and believed in living life to the fullest. He was an accomplished and well decorated wrestler in high school and fought in Mixed Martial Arts until 3 years ago. His family meant the world to him and he meant the world to us. He loved, was loved, and will be deeply and dearly missed by many. Our world will never be the same!

Robert was murdered in a homeless camp; he was struggling with a drug addiction. The drugs did not kill him. The homelessness did not kill him. The combination, however, placed him in a time and place of vulnerability. Like so many in today’s society, he had issues, which he was struggling with. My son is a human being and deserves to be treated with the dignity, respect, compassion, and care as that is how he treated others. He did not deserve to be murdered.

Following Robert’s death, I travelled to Abbotsford, BC, to pay my respects, say my final goodbye, and hold my son in my arms for the last time. I am forever grateful to Bakersview Community Crematorium for their professionalism, respect, and dignity they have provided to my son and our family.

The Robert Nelson Memorial & Family Expenses Gofundme page has been set up to assist the family with expenses. More information is available on the page and I encourage you to visit, donate, share, and spread the word.

While in Abbotsford I visited the homeless camp and shelter where my son Robert had been staying for the past 3 years prior to his murder. I walked in the footsteps of my son, visited the tent he built and lived in, and paid homage to where his body was found. Throughout the more than 6 hours I spent there, I met many of his friends who shared stories of how he touched their lives, helped those in need even when he had nothing at all, and how he showed compassion and love to all. I am so very proud to be his Mother. Rest in Peace my son, I believe you have earned your angel wings.

Throughout our lives, my family has experienced and been affected by drug addiction. I have now lost two children due to drug addiction related deaths. The first was my daughter who committed suicide just 2 years ago during her struggle with drugs. Now, Robert’s murder amidst a drug addiction environment.

Our system is broken and is failing those who need help. I ask you to join me in creating an alliance and a united voice to advocate for change, better services, and a modern approach to fight the epidemic of drug addiction and the cascade of social problems. In honor and memory of my son, Robert Nelson, I have created a Facebook Group called Alliance Against Drug Addiction & Homelessness to advocate for change. I encourage every individual and agency to join me in this fight, share and spread the word.

I challenge lawmakers, agencies, social services, and medical professionals alike to take immediate action and stop this humanitarian crisis. Drug addiction has been a longstanding epidemic, which has now been overshadowed by Covid. It deserves attention and action as it is taking too many lives across Canada. I vow I will not allow Robert’s death to be in vain. My calendar is open for participation in discussion and action.

I would also like to extend my family’s gratitude to the Integrated Homicide Investigation Team, and the many agencies who have and continue to assist the family in our time of mourning and grief. It is our greatest hope that Robert’s killer(s) will be brought to justice on fact and evidence with a successful conviction and that the maximum penalty is given by the justice system. If you have any information concerning Robert’s murder, I urge you to contact the IHIT Information Line. Thank you in advance for your compassion and understanding.

Anyone with information should contact the IHIT Information Line at 1-877-551-IHIT (4448), or by email at ihitinfo@rcmp-grc.gc.ca.