Inspector Kassam has a varied and diverse background, having served in numerous postings in the RCMP. For Inspector Kassam, however, his addition to the leadership team at the Detachment represents a homecoming; North Vancouver was where he got his start in the Force.

"I was sworn in as a member of the RCMP right here in North Van back in the early 90's. I also live here, so I've come home in more ways than one," said Inspector Kassam. "North Van is a wonderful community, a beautiful place, and I couldn't be more pleased to be serving in the City and District I call home." 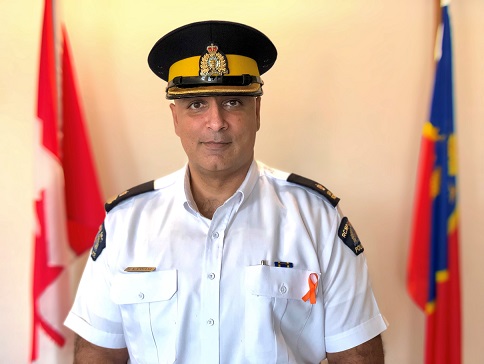 "Inspector Kassam is a welcome addition to the RCMP leadership here in North Van," said Acting Officer In Charge, Inspector Andy LeClair. "Not just because of his experience, but also because of his leadership skills. He is a great fit for this community."

As Operations Officer, Inspector Kassam oversees the Detachment's Frontline General Duty and Traffic units. He joined the RCMP on February 4, 1993, in North Vancouver, BC. Following training he was posted to Burnaby Detachment and has served in the Lower Mainland during his entire service.

Inspector Kassam brings a diverse background to North Vancouver, having served in Frontline policing, School Liaison, General Investigations Section, the Integrated Homicide Investigative Team, "E" Division Professional Standards, "E" Division Criminal Intelligence Section, and the Real Time Intelligence Section – British Columbia (RTIC-BC). Commissioned to the rank of Inspector in the spring of 2018 he has since then served as the Officer In Charge of the RTIC-BC. Inspector Kassam has previous military experience, having served in Her Majesty's Royal Canadian Navy as a Maritime Surface Officer.