An early morning drinking and driving roadblock in North Vancouver captured known gang associates in possession of cash, drugs and a knife.

At approximately 3:00 a.m. on May 18, 2021, North Vancouver RCMP officers were conducting an impaired driving enforcement road check near Capilano Rd. and Marine Dr. A newer model Range Rover approached, and the driver stopped and rolled down the window to speak to one of the officers. 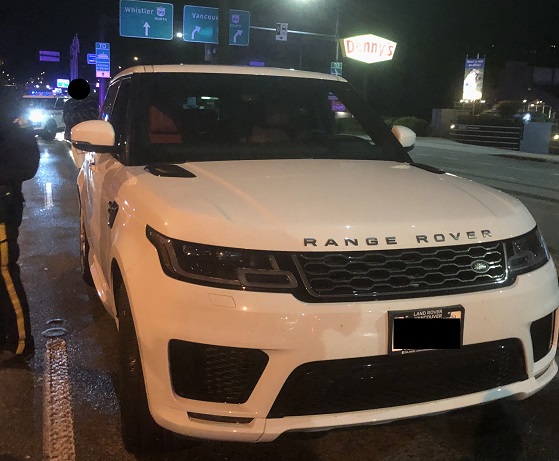 "Generally, this initial brief discussion our officers have with the person behind the wheel allows them to detect possible impaired drivers," said Sgt. Peter DeVries of the North Vancouver RCMP. "But sometimes we find more than we're looking for, and that's a good thing."

While questioning the driver, the officer recognized one of the occupants of the Range Rover, who is known to be associated to the current Lower Mainland gang conflict. During the subsequent investigation, the officer discovered a large amount of cash, two bags of what appeared to be illicit pills, and a knife. The cash, drugs and knife were seized, and the investigation is ongoing. 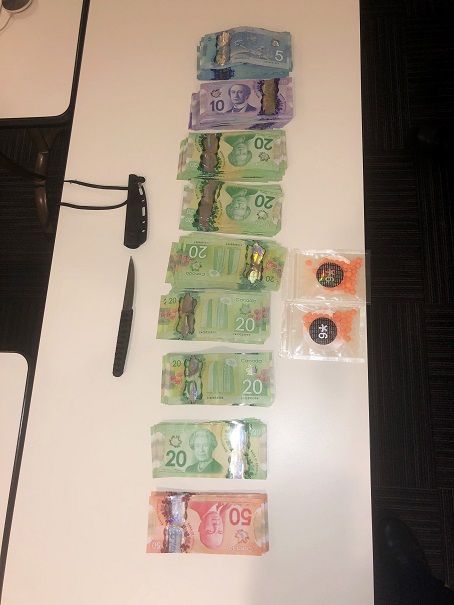 "The police agencies across Metro Vancouver, including the North Shore, are working together, sharing resources, and exchanging real time gang intelligence in an effort to disrupt and prevent further violence," said DeVries. "The North Vancouver RCMP have adopted a professionally assertive position in dealing with known gang members and, along with our counterparts, are working to achieve the same goal: to shut down these gangsters, to take away their guns, drugs, and crime money, and to protect our communities from their reckless violence."

Anyone who is involved in gangs, or spends time with someone who is, needs to understand they are in danger. CFSEUBC's Gang Intervention & Exiting Team work with police across BC to help young people leave gangs safely. Learn more at endganglife.ca If members of the public wish to provide information anonymously about the Lower Mainland gang conflict, please call the Crime Stoppers Gangs & Guns Campaign at 1-800-222-8477 or online at solvecrime.ca.