"I had considered becoming a pilot before I applied to the RCMP," said Staff Sergeant Rick Brown, who submitted his RCMP application and showed up for the traditional medical exam a little over 40 years ago. "I didn't think I would be accepted." 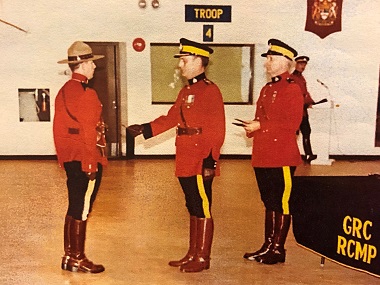 But on May 5, 1981, he was accepted, and after six months at the RCMP training academy in Regina, Saskatchewan, Rick embarked on a 40-year adventure that saw him serving Canadians in a variety of roles. The adventure started with French Language Training, after which he was sent to his first posting right here in North Vancouver. Throughout the years, Rick was posted to a Federal unit at YVR, the Vancouver Criminal Intelligence Unit, Operational Strategy Branch, and Departmental Security Section. Rick's career finally brought him back to North Van in 2010. Since then, he's been a fixture in the Detachment as the non-commissioned officer in charge of Corporate and Client Services. 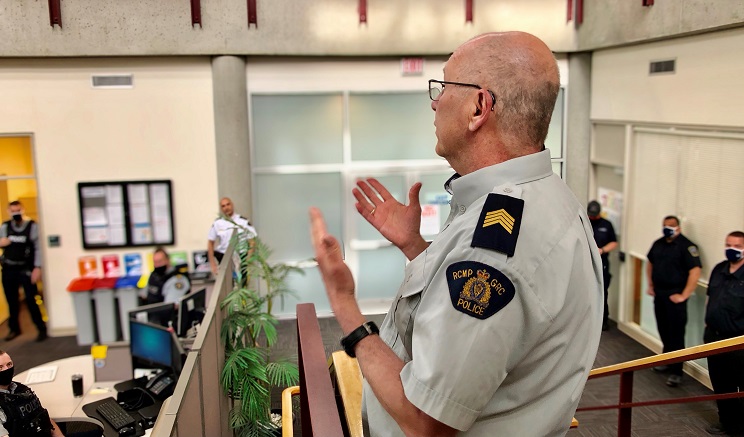 On May 5, 2021, the morning of his last day on the job, Rick and his wife, Jo-Anne, were offered a warm send-off by Detachment staff. "Rick has been a huge asset to this Detachment and to the North Van community," said Superintendent Ghalib Bhayani, officer in charge of North Vancouver RCMP. 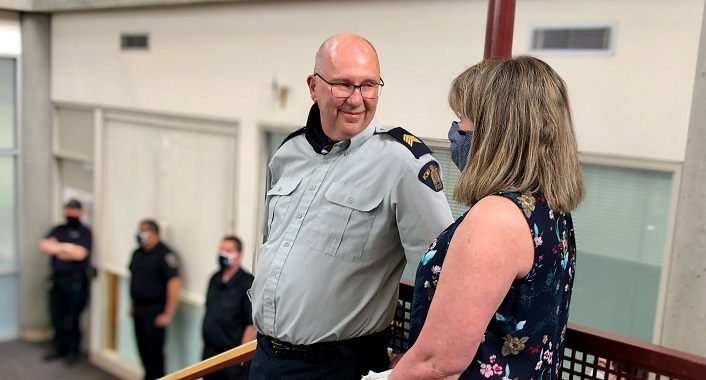 "Rick's retirement will leave a big gap. He has accumulated an incredible wealth of knowledge over the years, and he knows the Force and its inner workings like few others. We're very proud and happy to share this transition with him."

When they're not enjoying the North Shore's outdoors, Rick and Jo-Anne plan to spend much of their newfound free time babysitting their grandchildren.