An oldie, but a goodie, fingerprint evidence key to North Van break and enter conviction

In August, 2020, a North Vancouver resident returned from a camping trip to every homeowner's nightmare. While she was away, her townhome apartment had been ransacked by a thief. "When someone breaks into your home, it's one of the worst feelings," said Sgt. Peter DeVries of the North Vancouver RCMP. A burglary is a significant violation of a person’s most familiar place, the place where we all have a right to feel safe and secure, he said. "Objects and belongings can almost always be replaced, but a person’s sense of safety and security is priceless."

Once officers arrived on the scene, they immediately set to work to locate evidence that might help identify the person or people responsible. "Conducting inquiries in the neighbourhood to find any potential witnesses is just one step in that process," said DeVries. Following another investigational avenue, officers on scene also requested the attendance of the Integrated Forensic Identification Services. These crime scene specialists can help locate and gather forensic evidence. Once there, technicians take responsibility for identifying and collecting exhibits, and for detecting, examining, recording, and preserving physical, biological, and other trace evidence so it can be sent for scientific analysis.

"In terms of scientific advancements in evidence gathering," said DeVries, "fingerprints are one of the older ones." An oldie, but still a goodie. And while fingerprint evidence is only one type of evidence available to help courts decide whether or not to convict a person accused of a crime, it remains a very strong type of evidence that can indicate a person's involvement. 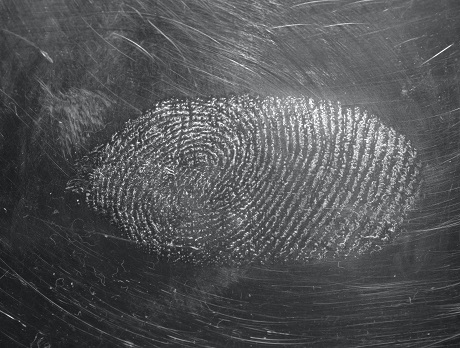 (*stock image - not related to case)

Crime scene examiners were able to lift a set of prints from an item in the home that appeared to have been handled by the suspect. They sent it to be compared against a database of known fingerprints. "They came back with a hit on a possible suspect," said DeVries. The identification specialist completed a detailed comparison between the two prints, and arrived at an opinion. "Based in large part on that opinion, we submitted a charge recommendation to BC Prosecution Service, who approved the charge." Investigators were able to make an arrest in October of last year.

The case was brought in BC Provincial Court, and last week, Tolga Gul, a 31-year-old resident of Richmond, plead guilty to one count of Break and Enter. He was sentenced in Provincial Court April 22 to 202 days in jail.