If you don't want a ticket, don't break the law

We stop a lot of drivers for traffic violations. And until recently, we would say we had heard every excuse in the book. But we’re hearing a new one lately. 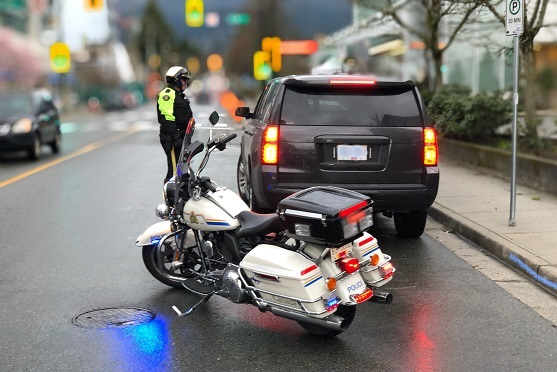 DeVries said officers have been mindful of the need to minimize contact with other people as much as possible. "We’ve altered some of the ways we interact with people in general," he said. "Investigators have been doing much more over the phone, for example." When officers have no choice but to go into someone’s home, dispatchers or officers at the scene ask screening questions about COVID-19 risks such as symptoms and travel history as a way to minimize risk to officers and public alike. "We are fighting COVID-19 on the frontline, every day."

He conceded officers have written fewer tickets this past month. "That’s mostly because people are doing what they’re supposed to be doing. They’re staying home, following the Public Health Officer's directions around physical distancing and self-isolation in order to flatten the curve, so there’s a lot less traffic on the roads. But that certainly doesn’t mean it’s now a free-for-all. Absolutely not."

Officers are still out, day and night, patrolling the streets and looking for traffic violators, said DeVries. "This pandemic has created new and unique challenges for our communities. We’ll continue to keep the roads safe for those who have to drive, no matter what excuses we hear from violators. If you don’t want a ticket, don’t break the law."