As members of the community enjoyed a Hot Nite in the City, members of the Targeted Enforcement Unit (TEU) arrested a man with an imitation firearm several blocks away.

On Saturday Aug. 7, around 3:10 p.m., members of the Kamloops RCMP Detachment’s TEU were conducting foot patrols near Battle Street and 10th Avenue when they observed a man, well known to police, who appeared to be indexing a firearm in his waistband. When police tried to arrest the man, a struggle occurred, and what appeared to be a gun fell to the ground. 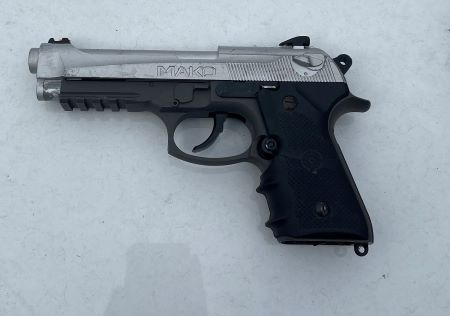 Upon further inspection, police discovered the pistol to be a BB gun. A subsequent search led to the discovery and seizure of suspected illegal drugs, packaging and paraphernalia commonly associated to drug trafficking.

The items were seized and the man was released, pending the investigation’s completion and subsequent charge recommendation and assessment process.

Anyone with information related to this investigation is asked to please contact Kamloops RCMP at 250-828-3000.