Do you know this man?

The Kelowna RCMP Is releasing a forensic artist’s composite sketch of the suspect involved in a stranger sexual assault that occurred on September 29. 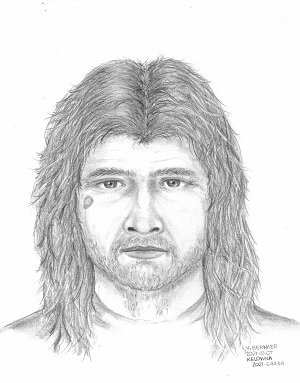 On September 29, 2021 at approximately 9:00 a.m. A woman was walking in Millbridge Park, in the area of Gordon Drive and Springfield Road. She was approached from behind and sexually assaulted by an unknown male who fled from the scene when she fought back.

The suspect in this incident is described as:

He was wearing a black hooded sweater with California in white lettering and a picture of a bear on it, black pants and a red backpack with black and red mesh straps.

We are asking anyone who believes they recognize this person, or saw them in the area that day to contact us immediately, says Cpl. Jocelyn Noseworthy, Media Relations Officer for the Kelowna Regional RCMP.

Anyone with information regarding this crime is asked to call the Kelowna RCMP at (250) 762-3300. If you wish to remain completely anonymous, you can call Crime Stoppers at 1-800-222-8477 or by leave a tip online at www.crimestoppers.net.