Police enforcement of the BC Supreme Court injunction order in the Fairy Creek Watershed were ongoing over the weekend on Friday, August 6, Saturday, August 7 and Sunday, August 8, however, no arrests were made.

Enforcement operations continued today, on August 9, 2021, at two protest encampments in the Granite Mainline Forest Service Road area. Police read out the court-ordered injunction to the occupants of those encampments, giving everyone the opportunity to leave or face arrest.

During the course of the day, a total of 33 individuals were arrested; 32 were for breaching the injunction (civil contempt of court) and 1 for obstruction. Several people were noted to have been previously arrested and were, therefore, in violation of their release conditions.

All arrested individuals were released in Lake Cowichan, 23 of whom after signing release conditions.

More arrests are anticipated in the coming day(s), as several individuals continue to occupy those encampments and refuse to leave the area.

The RCMP is also continuing to monitor the situation, both from the ground and air. During today’s fly over, the RCMP’s air support was able to capture images of multiple vehicles being used to obstruct several kilometers of the roads within the injunction area. 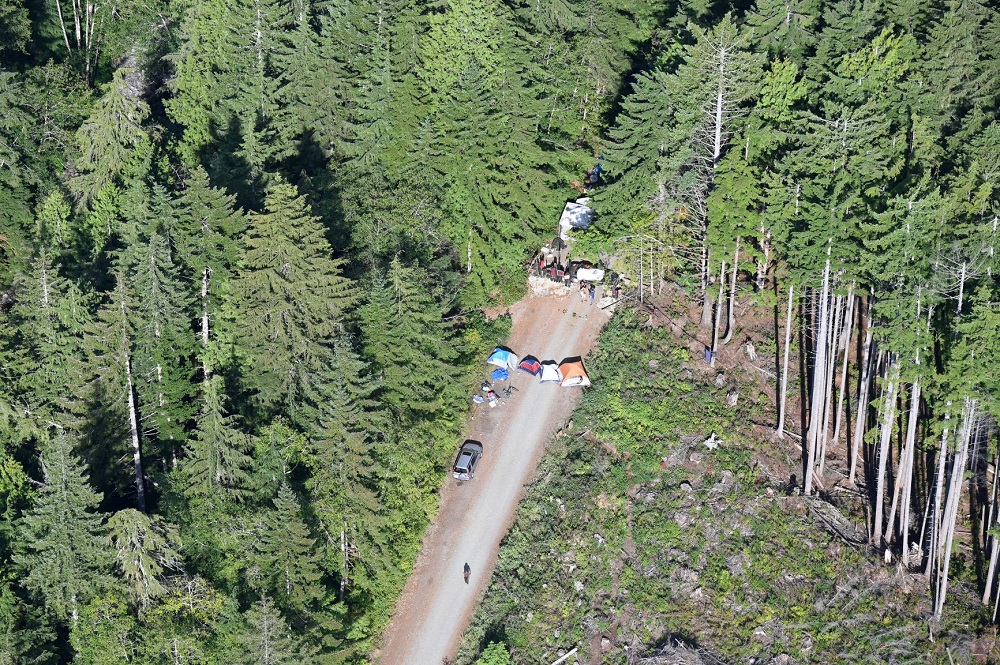 Larger image: entrance to one encampment with tents blocking the road 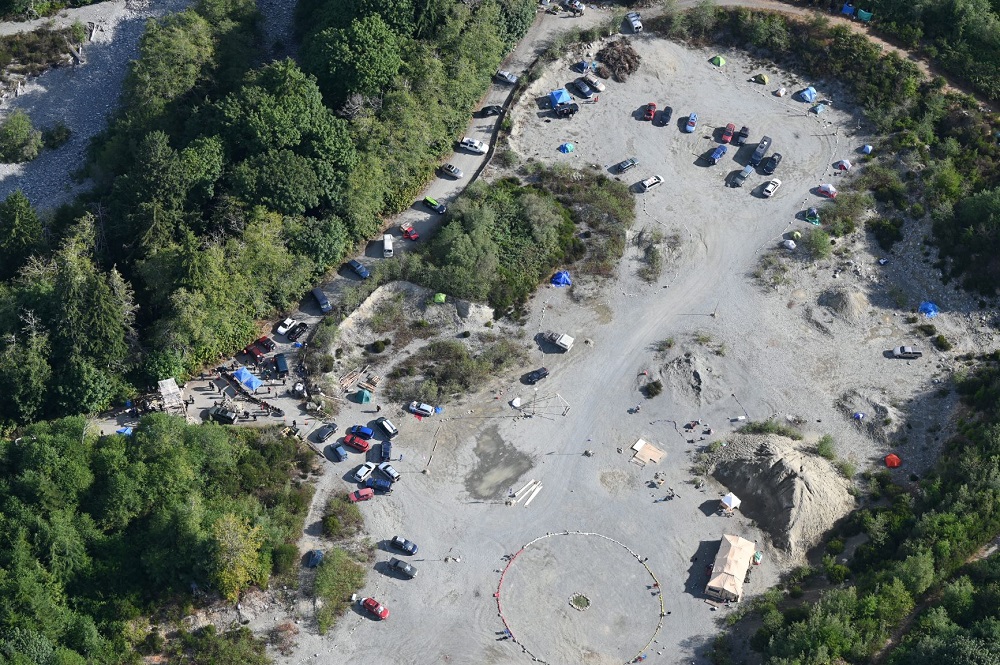 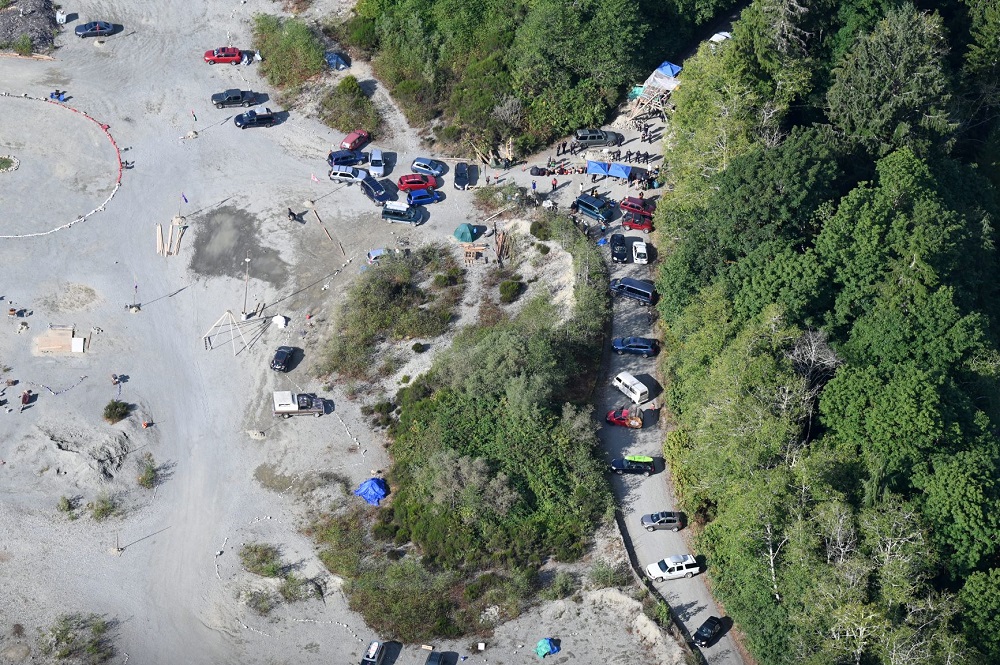 The use of vehicles to block roadways is not only a breach of the court-ordered injunction, but creates serious difficulties for the local Fire Department to access those roadways in the event of a forest fire, says Chief Superintendent John Brewer, Gold Commander of the Community-Industry Response Group. I’m also, once again, relaying my tremendous concern about the deep trenches that have been dug up in the middle of the roads to purposefully obstruct their use by loggers and police who are trying to enforce the injunction. The damage created to these roads will undoubtedly hinder emergency crews from providing necessary assistance to protesters and general public in the area.

The RCMP’s priority at the moment, is to provide members of the Pacheedaht elected and hereditary leadership access to their territory, which they have not been able to in the year since protesters have set up their encampments in these areas.

Any media personnel who are interested in observing the police enforcement actions in the days ahead are asked to continue to attend at the entrance to the Granite Mainline Forest Service Road and check in with the on-site police officers. They will then contact the Media Relations Officers who will provide that escort directly to the area of operation.

Since enforcement began, the RCMP have now arrested 556 individuals; at least 39 of whom were previously arrested with a combined total of 94 times. A more accurate tally of repeat offenders will be made at a later time. Of the total arrested, 406 were for breaching the injunction (civil contempt of court), 126 were for obstruction, 11 were for mischief, 5 were for breaching their release conditions, 4 for assaulting a police officer, 2 were for failing to comply with a court order, 1 for counselling to resist arrest, and 1 wanted Canada-wide on warrants issued by Canada Border Services Agency (CBSA).