Today, on June 22, 2021, police enforcement continued at an encampment in the Braden Mainline Forest Service Road area near Port Renfrew.

During the course of the day, 11 individuals were arrested for breaching the injunction (civil contempt of court). Most of those arrested today were removed from various locking and tripod devices by specially trained officers. Of note, 2 of the total 11 arrested individuals removed themselves voluntarily from their locking devices, and 1 individual was arrested for designing and building the locking devices which are actively being used to breach the injunction. 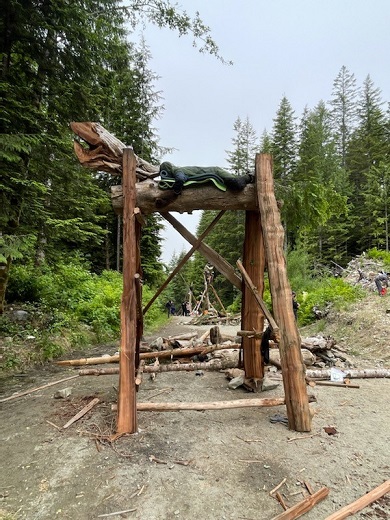 Larger image of individual on a structure 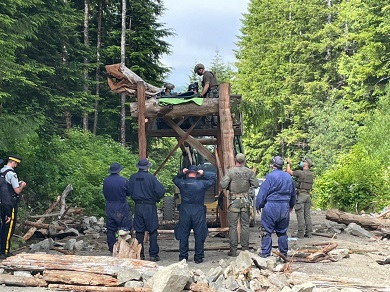 All arrested persons were processed at the Lake Cowichan RCMP Detachment.

Since enforcement began, the RCMP have now arrested 271 individuals; at least 10 of whom were previously arrested. Of the 271 total arrested, 219 were for breaching the injunction (civil contempt of court), 46 were for obstruction, 4 were for mischief, 1 for counselling to resist arrest and 1 for assaulting a police officer.