'Connected To Our Community' - The North Vancouver RCMP is committed to building a safer community through partnerships with local businesses, residents and government agencies. Read about our service delivery model here.

The North Vancouver RCMP is committed to building a safer community through partnerships with local businesses, residents and government agencies. The RCMP in North Vancouver enjoys an excellent working relationship with the Mayors and Councils of North Vancouver and the leadership of both the Squamish and Tsleil-Waututh Nations, and boasts robust and active community involvement in its crime reduction strategies. North Vancouver's strong sense of community makes it not only one of the best places in the world to live, but also a fantastic place to work as a police agency.

North Vancouver is a beautiful place to live. It’s renowned for its rural lifestyle while being situated only minutes from Downtown Vancouver. Physical fitness and outdoor activities are a way of life in North Vancouver with hiking, skiing, snowboarding, snowshoeing, mountain biking, rock climbing and scuba diving being among the popular sports. There never seems to be an end of things to do. Both Grouse Mountain and Mount Seymour are within the North Vancouver Detachment area, and Whistler and Blackcomb Mountains are only a ninety minute drive away.

Supt. William Yee graduated from the RCMP training academy in Regina in June of 1996. Following training, he was posted to Kelowna Detachment where he served in frontline policing, property crimes and Southeast District Federal Drug section. In 2006, Supt. Yee was transferred to the Lower Mainland District and served in the Integrated Homicide Investigation Team for 10 years, Combined Forces Enforcement Unit British Columbia and the Office of Investigative Standards. 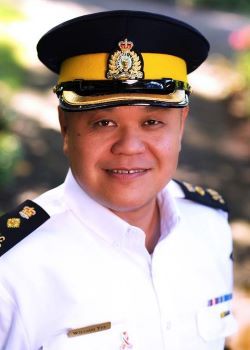 Supt. Yee was commissioned to the rank of Inspector in November 2019 and served as the Officer-in-Charge of the Office Investigative Standards and Practices and the Legal Application Support Team for E Division. Supt. Yee is an Accredited Team Commander and Chair of the Accredited Team Commander Program for the BC RCMP and municipal partner agencies in British Columbia. 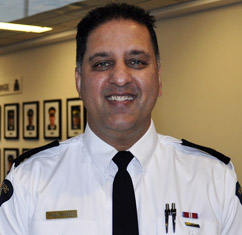 Prior to becoming a commissioned officer, Mike worked in the Criminal Operations Secretariat at E Division Headquarters. He has worked as a property crimes investigator, serious crimes investigator and as a drug crimes supervisor. He also spent 4 years as a special constable with the Special Investigations Unit at the Insurance Corporation of BC.

Mike holds a Bachelor’s Degree in Criminology from Simon Fraser University and a Diploma in Criminal Justice from Camosun College. He is a recipient of the Queen’s Diamond Jubilee Medal, a Commanding Officer’s Commendation for his response to the 2010 Stanley Cup Riot, and a Commander’s Certificate of Appreciation. He obtained his Public Order Silver Commander Certification at London Police College in the United Kingdom, for responses to major disasters, incidents and large scale policing operations. He is also trained as a Critical Incident Manager and Incident Commander, and has been a member of the Lower Mainland’s Integrated Tactical Troop since 2004.

Inspector Vaz Kassam is currently the Operations Officer at the North Vancouver RCMP Detachment. He joined the RCMP on February 4, 1993, in North Vancouver, BC. Following training he was posted to Burnaby Detachment and has served in the Lower Mainland during his entire service. 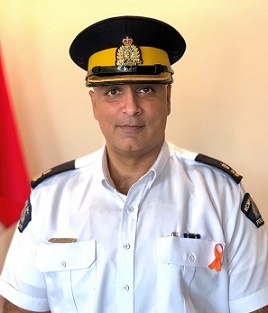 Inspector Kassam was Commissioned to the rank of Inspector in the spring of 2018. Since then he has served as the Officer In Charge of the RTIC-BC. Inspector Kassam has previous military experience, having served in Her Majesty’s Royal Canadian Navy as a Maritime Surface Officer.

The North Vancouver RCMP detachment is proud to introduce the detachment’s official Strategic Plan, which will guide our operations through to the end of 2023.

This Strategic Plan outlines North Vancouver RCMP’s commitment to having a measurable impact on our communities’ leading concerns while sustaining the many other services we deliver. It is anchored by four key principles: Improving Road Safety, Increasing Sense of Security, Partnering for Social Impact, and Optimizing People Capacity.

Community engagement remains at the centre of our everyday work. In early 2019, the North Vancouver Detachment invited a broad range of community groups and partners to help identify the City’s and District’s top policing priorities. These key stakeholders included service organizations, public safety partners, and the North Vancouver Policing Committee. This guided our emphasis on improving road safety and increasing the sense of security in our communities through to 2023.

We have grown increasingly sensitive to the social impact of policing, acknowledging opportunities to value our diverse communities, minimize our footprint on traditional territories, and strengthen partnerships for people living with mental health and substance use challenges.

Our police officers, municipal team members and volunteers often encounter people on their worst days. No matter what the crisis, our team is determined to act with compassion and empathy. Ongoing investment in the capacity and resilience of our people is our strategic enabler.

We are one team with one goal, that of a healthy and safe community.

In 1950 the RCMP provincial policing contracts extended in British Columbia and Newfoundland. The BC Provincial Police had already assumed the duties and responsibilities for law enforcement on the North Shore.

BC Police On Duty in North Vancouver August 14th 1950.

The RCMP shouldered additional responsibilities throughout the Province of British Columbia with the demise of the B.C. Provincial Police in 1951.